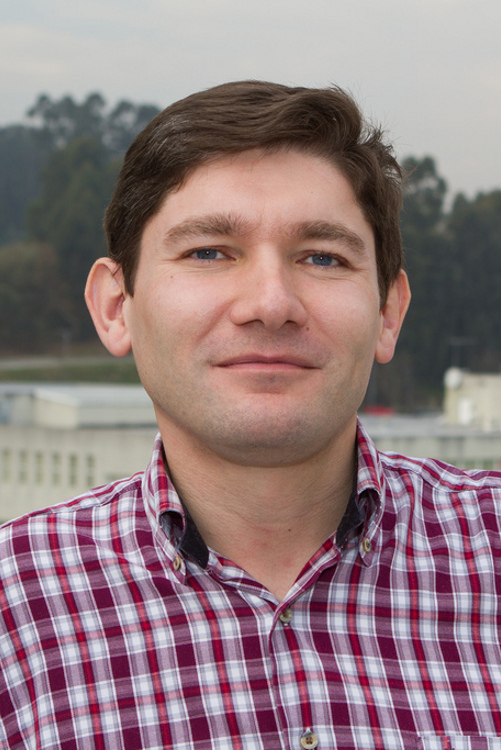 Miguel A. Alonso has a degree in Computer Science (1993) and a PhD in Computer Science (2000) from the University of A Coruña (UDC). He started his research career at the Ramón Piñeiro Center for Research in Humanities (CRPIH). After spending a year as a predoctoral researcher at INRIA Paris (France), he returned to UDC as a predoctoral researcher in 1997. He is a tenured Associate Professor at UDC since 2003.

His research focuses on the field of Computational Linguistics (CL), with special emphasis on parsing and the application of language technologies to Information Retrieval (IR) and multilingual Text Mining. He has been PI of 5 national projects (TIN2017-85160-C2-1, FFI2014-51978-C2-2-R, TIN2010-18552-C03-02, HUM2007-66607-C04-03, TIN2004-07246-C03-02) in which techniques, models, resources and tools have been developed for the syntactic and semantic processing of multilingual content, with special emphasis on analysis of social network messages and user-generated web content. He has participated in European (1FD97-0047-C04-02), national (TIC2000-0370-C02) and regional (INCITE08PXIB302179PR; PGIDIT03SIN30501PR; PGIDT99PXI10502B; XUGA10505B96, XUGA10502B94) research projects; in integrated international actions (HF2002-0081, HP2001-0044, HF97-223 and HF96-36); and in the European Network ESF Research Networking Program: Evaluating Information Access Systems, an initiative for the design of new protocols for evaluating IR systems. He has participated in several research agreements with Xunta de Galicia for the promotion and support of research at the Ramón Piñeiro Center for Research in Humanities within the framework of the "tagger-lemmatizer for present-day Galician" project, for the development of a high performance language processing framework for Galician. He has also participated in research agreements with companies in which his experience in CL and IR has been applied to provide a competitive advantage in the automatic management of documentary repositories of legal and economic information. He is also a member of the Erasmus+ Capacity Building in Higher Education CLASS: Development of a interdisciplinary master program on Computational Linguistics at Central Asian universities.

He is the author of 2 books, 5 book chapters, 29 articles in journals indexed in JCR, 33 articles in other indexed scientific journals and 68 papers in conferences with peer review and publication of proceedings. Honorable Mention of IP&M 2018 Best Paper Award and Second prize in the 2001 SEPLN Prize for the edition of original monographic books.

He was awarded with the positive evaluation of 3 six-years research periods by CNEAI and the Complement to the Curricular Excellence of the Xunta de Galicia. He was rated "A: Excellent researcher" in the multi-annual evaluation of groups, units and researchers of the University of Corunna, performed in 2015 and 2018 by the National Agency of Evaluation and Prospective (ANEP).  He has directed three doctoral theses with International Mention. He has been co-chairman of the LATA 2012 and SEPLN 2022 international conferences and participated in the organization of AGP'98, TAPD'00, SEPLN'00 and AACL-IJCNLP. He has served as guest editor and reviewer of high impact JCR journals and as member of programme committee of high-rated conferences.