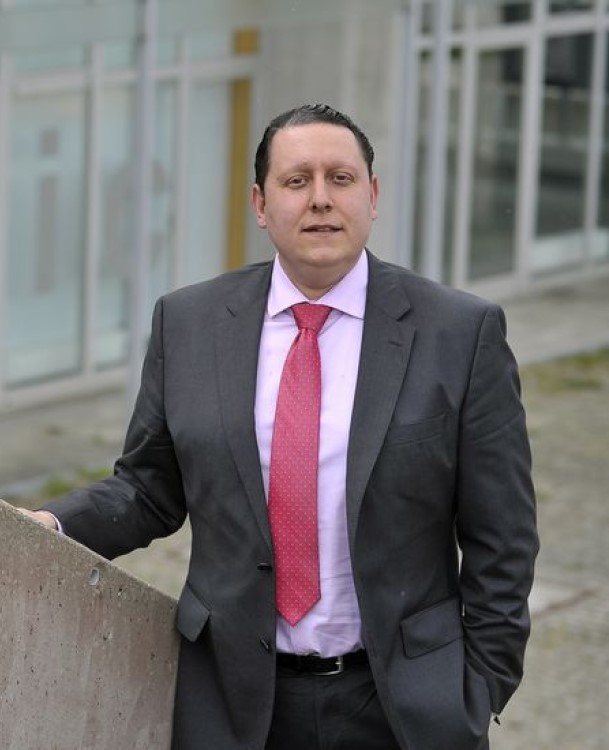 ﻿ Associate Professor at the University of A Coruña (accredited by ANECA for Full Professor) in the area of Computer Science and Artificial Intelligence in the Faculty of Computer Science where he is a member of the dean's team since 2017 as Secretary of the Faculty. Coordinator of the VARPA group at UDC, a group of competitive excellence recognised by the Xunta de Galicia. At CITIC he is part of its steering committee and is responsible for the Machine Vision area. He is also a member of the Instituto de Investigación Biomédica de A Coruña (INIBIC) with rank of Principal Investigator.

Director of the Institutional Chair UDC-Instituto Técnológico de Galicia (ITG) on Unmanned Aerial Vehicles. He is a member of the Technical Committee of Standardisation of the UNE on Artificial Intelligence and Big Data as well as of the group of experts of the Computational Intelligence Society of the IEEE. Representative of the UDC in the Digital Innovation Hub DIHGIGAL of Galicia, being coordinator of its technological node of Artificial Intelligence as well as in the Health Cluster of Galicia.

As for the most relevant scientific awards and prizes, the following should be highlighted: National Prize of Informatics and Health 2022 recognised by the Spanish Society of Health Informatics. Distinguished by the Royal Galician Academy of Sciences for its work in the fight against Covid-19 in 2020. PuntoGal Award for the best research group in Galicia 2020 (1st edition). Galician Health Cluster Award 2022 - in the Knowledge category for the Neuro-ICT project on the detection of neurodegenerative diseases using AI image analysis. He has received awards for the best papers (oral and poster) throughout his career both in computer science congresses and in the field of health technology, such as the International Society of Retina and Vitreous (SIREV) Accésit for the best paper 2021 or the Madrilenian Society of Ophthalmology Award for the best poster on Artificial Intelligence in Ophthalmology.

Director of three doctoral theses with the highest qualification, international mention and extraordinary prizes, as well as dozens of end-of-degree projects, currently directing another six doctoral theses. Member of the PhD programmes in Computer Science and Health Sciences. He has also participated in the definition of the curriculum of the MIR training programme in digital competencies at the Hospital de A Coruña, a pioneering initiative to promote the digital transformation of the health sector in Spain.

He has been awarded grants at all stages of his research career until its consolidation. He has also worked abroad on funded stays at the University of Sassari and Amsterdam. He has participated in more than 50 European, national and regional competitive projects, being PI in 8 projects, 7 of them from the National R&D Plan. As a result of these projects, he is the author of more than 70 publications indexed in the JCR, most of them in first quartile positions. He has also presented numerous papers at prestigious international conferences in his field (GGS1-2) such as MICCAI, CVPR, ICCV or ICASSP, as well as 15 book chapters. He has participated in more than 60 R&D contracts with private companies, being PI in 18 of them. In total he has raised more than €1.700.000 in research funds as Principal Investigator. He is the author of 3 patents and more than 30 intellectual property registrations, in commercial exploitation.

Expert evaluator in committees of the Spanish Research Agency (AEI) and in international calls of other scientific agencies such as in Poland, Austria or Portugal as well as in international European Joint Programme programmes. Member of editorial committees, programme committees and regular reviewer in relevant international journals and congresses.